Holy cow (literally!) I don't even know where to begin.  My camera battery is charging now so I will transfer pictures in a bit.  I did not think to take my camera to breakfast, I should have as I have no idea what I ate, I ate the local (cooked) stuff and I thought it was very good.  I have had a lot of warnings about the water and not eating anything fresh unless I peel it, and everything else.  I'm not sure I'll be able to remember all of those the week I am here but I ought to remember them at least 24 hours.  The drive from the Holiday Inn Mumbai, yes there is such a thing, to the domestic terminal was with a lot of traffic, a lot of weaving in and out of our lane, and finally arriving at the airport.  Where there are soldiers patrolling with rifles on their shoulders.  NO... I did not take a picture.  NO... I did not ask if they were loaded.

Turns out they close the flights 45 minutes before boarding, and we were there 44 minutes before the flight.  But they let us on anyway so I'm guessing it's more like a guideline than a hard and fast rule.  After that getting through security was no big deal, the flight was uneventful, and the landing not bad at all.  Turns out Pune airport is also an air force base so as we were walking into the terminal from the plane we saw 2 Russian SU-27's land.  Since I didn't have my glasses on (I'm nearsighted) I couldn't be sure but even squinting I could tell they were not American jets, then recognized them as SU-27's.  And I guess they were actually Indian SU-27's, not Russian, but I think you know what I mean.  Being kind of a military plane geek, well maybe a geek anyway, but an extra big military plane geek, I thought that was extra cool.

The line to get our luggage was about like in Mumbai, and the hotel did not have any cars waiting for us when we got there.... I know!  The nerve of them!  So we got into 2 small Suzuki cars (there are 6 of us here) with luggage piled on the roof rack 3 of us crammed in.  I didn't take pictures, I figure I will have other opportunities, but the poverty is startling.  I've seen it before in Indonesia and China, but it is always a surprise to see it right there in front of you.  And taking pictures of it seems... I don't know, not quite right somehow.  I will get a couple, but don't expect a documentary on poverty in India from me.  And I had my first experience of this type overseas... a car accident!  Actually, more like a motorcycle ran into us as we drove through a red light (Hey... everybody does it here, I think it's expected) then bounced off and the guy fell over.  The driver got out., looked at his car, then yelled at the guy picking his motorcycle up who then got on and rode off.  So I guess no blood/no foul.  Then we got to the Marriott here.  And we haven't even had lunch yet!

Okay, now for some pictures:

This is in the Quantas Lounge in Narita airport.  I flew Malaysian airlines from Tokyo to  Mumbai, via Kuala Lumpur.  This was the first time I'd seen VB outside of Australia!  Not my favorite Australian beer by a long shot, but better than Foster's and brings back good memories from earlier trips to Australia. 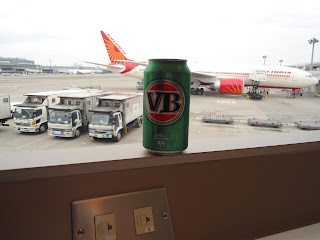 The view from the Business Class lounge in Kuala Lumpur.  I don't think this really counts as being in Malaysia, but it was still pretty cool. 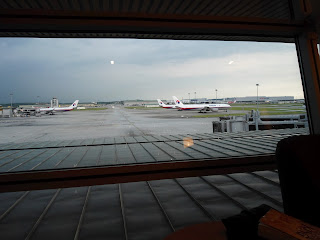 This is what happens when I get in a hurry, I don't edit, or even rotate pictures.  But since I'm trying to get this done before lunch I'll leave it.  This is Malaysian beer, not too bad!  I had 1 in the lounge and 2 on the flight to Mumbai. 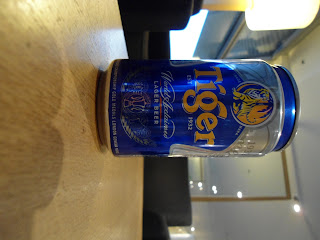 This is the view out my window in Mumbai, I guess the view out the other side of the hotel was total squalor.  Kind of glad I didn't have that view. 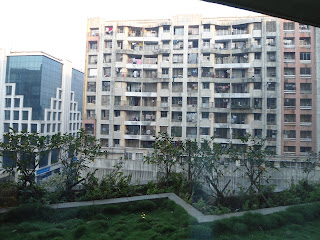 The next 3 are from driving to the airport in Mumbai.  They do not do it justice.  I might have to take a movie, just the horn honking alone is crazy and something that has to be heard to be appreciated. 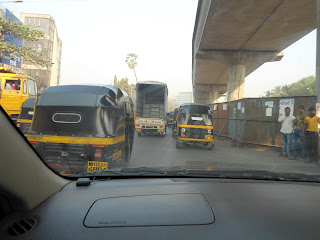 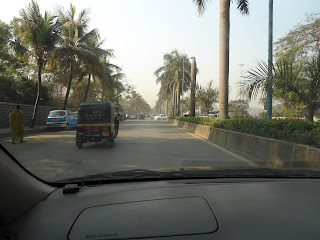 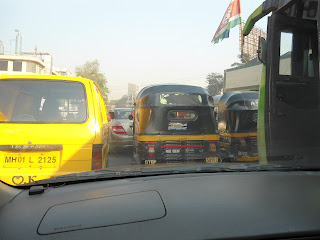 And finally, this is my room in the Pune Marriott on the 20th floor.  I know I've said I've spent nights in some pretty questionable places... this is not 1 of them.  So I guess you'll just have to take my word for it for now. 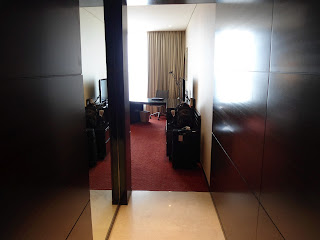 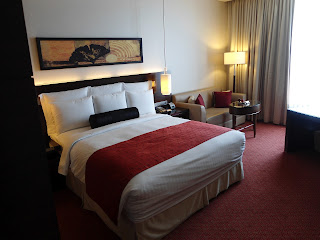 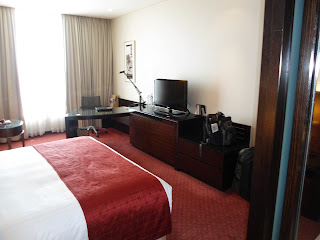 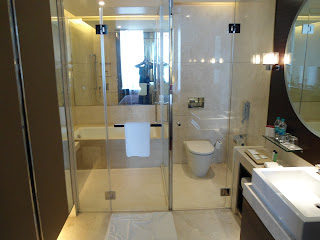 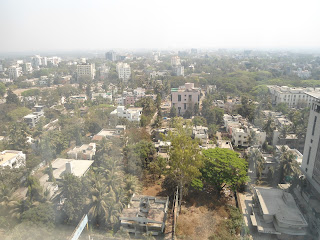