I have been to Japan 3 nights now, we were supposed to land at Narita airport around 3:30 in teh afternoon but left O'Hare 5 hours late... I HATE O'Hare airport!  So we landed and got through customs around 8 and by teh time we got to the hotel it was nearly 11.  So no interesting food then.  I'm also still trying to remember to take pictures of what I eat so I can add here.  Lunch was nothing special, 5 half sandwiches but interesting because they always remove the crusts.  Who knew Japan was crust-phobic!  Supper that night was at a Korean barbecue restaurant that was very good.  Here is a picture of the menu: 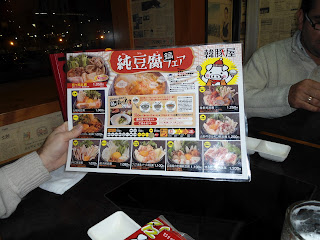 This was "barbecued pork" but as Andy said, more like barbecued pork fat.  That was right, but it was still good.  They had these huge pieces of lettuce to use like a tortilla.  And i realize I didn't get a picture of the kimchi.  Instead of me trying to explain it, let me do this.  And since it's Wikipedia you know it HAS to be right!  In any case, it's delicious and very spicy! 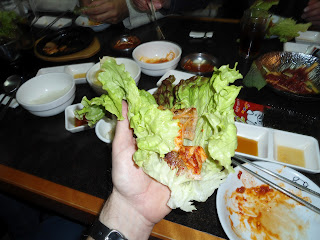 Raw beef stirred up with a raw egg.  I loved it, others not so much. 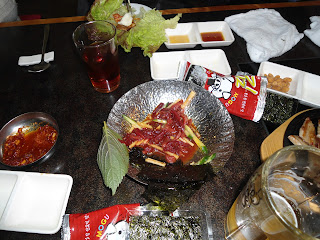 Me, trying to eat my lettuce taco. 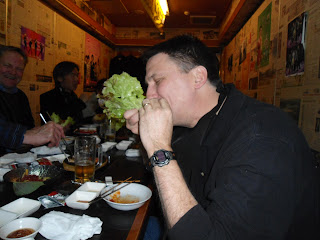 They have these crazy hot ceramic bowls they brought rice and eggs in and we stirred it up at the table and it was delicious.  Even 10 minutes later te bowl was too hot to touch. 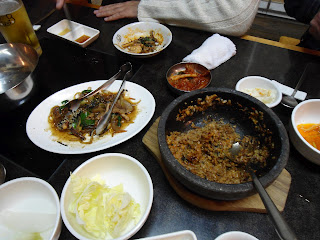 The room we were in. 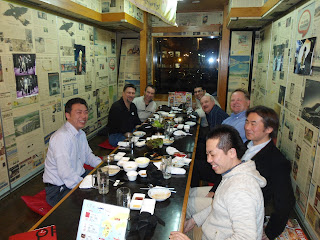 The Cummins foreigners with Minori who works in the Tokyo office. 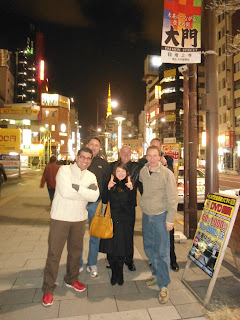 Tuesday was meetings all day with customers and lunch was this Bento box, or as Takeshi calls it, our Japanese lunch box.  Of course I forgot to take a picture before I ate most of it, but trust me, it was very good. 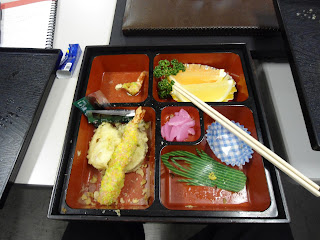 This was supper.  The thing in the shell wasn't a very good looking critter, but it tasted great! 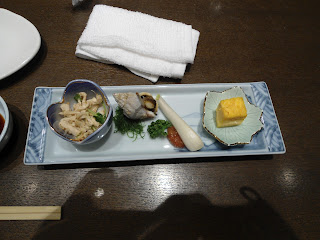 Everything on this plate was delicious... everything.  The crispy shrimp you pop in your mouth and eat like popcorn, but it tastes better.  And in the bowl was raw tuna and potato with the raw egg on top for good measure. 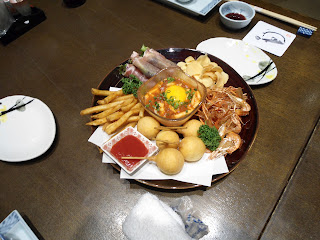 Sashimi.  I can identify tuna, salmon, and baby squids.  They were all also, very good! 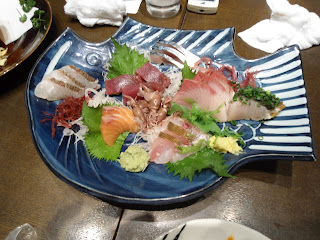 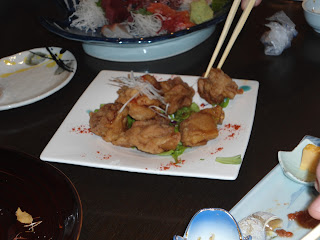 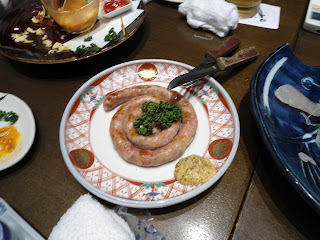 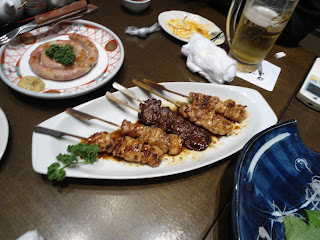 And i forgot about dessert, green tea ice cream which is really quite good!  And the beer, I forgot pictures of the beer but that generally just be assumed at supper.

I'm still trying to get the hang of blogging, but that's a bunch of pictures before I forget to upload some. If you have any questions please let me know, or suggestions even.
Posted by Clay at 4:08 PM