I forgot to mention where I'm staying here in Tokyo, it's called the Intercontinental Tokyo Bay and overlooks, naturally, Tokyo Bay.  Trying to remember to take pictures here is hard because this is my 15th trip to Japan.  I like it a lot, but it no longer seems new and novel.  Depending on which side of the hotel you are on the views can be pretty spectacular.  Here is the view out my window: 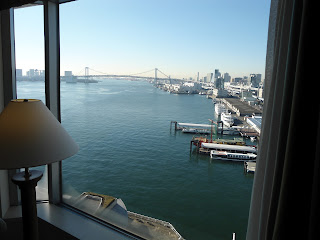 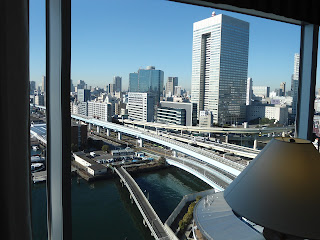 The bridge in the distance is the Rainbow Bridge over Tokyo Bay, from the hotel, over the bridge and back (if you run a little on the other side) is about 4 miles, a nice little run.  I love the view from the middle of the bridge but you can't be afraid of heights... or bridges... or water.  Going the other way from the hotel is Tsukiji Fish Market.  I've taken pictures there before and put them on Facebook, I might go tomorrow morning and take some more.

Tuesday and Wednesday nights I was in Tsukuba, Japan.  Again, I forgot to take pictures except at supper, been there too many times I guess.  Supper Wednesday night in Tsukuba was at an Oden restaurant.  It is one of my favorite meals in Japan. 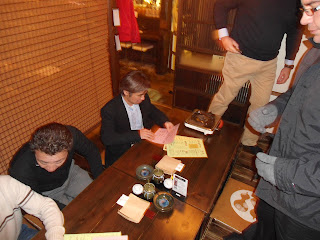 Andy thought we needed a picture of my 1 liter beer... 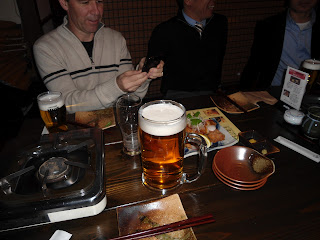 Fried chicken and fried daikon radish (i think...) whatever it was it was good.  More of my "don't ask what it is just eat it" philosophy. 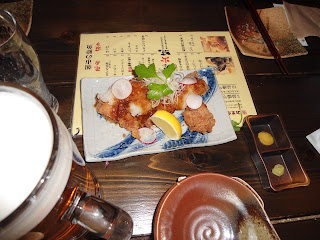 The fish cakes, noodles, eggs, what have you are boiled in this broth 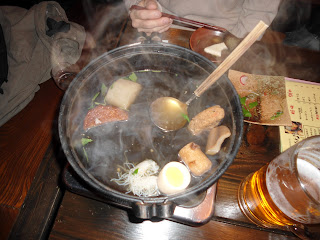 I think these were friend potato strips, that's what they tasted like anyway 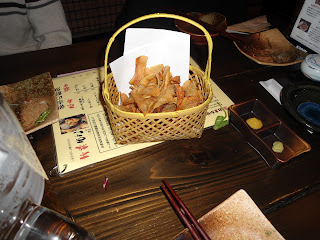 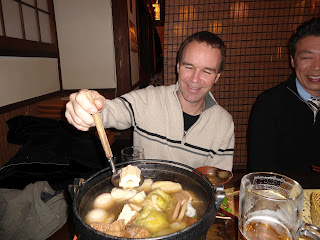 The green things were cabbage rolls, of a sort, and were delicious. 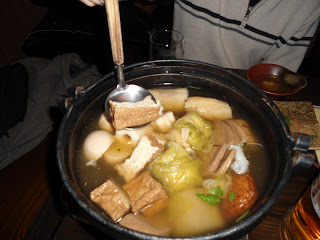 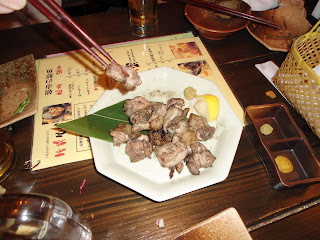 And this was dessert, green tea ice cream and some sort of black bean ice cream?  By the time I thought to take a picture it was gone. 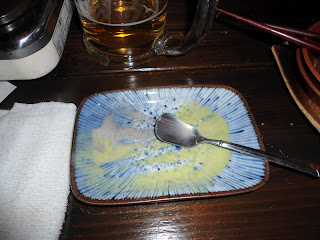 Thursday night we went back to Tokyo... We started the night in a British style pub where we had 2 black and tan's.  They tasted good but I thought the one's I made a couple of weeks ago looked a little better, I just didn't have the Bass glasses to make them in. 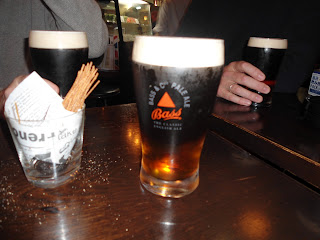 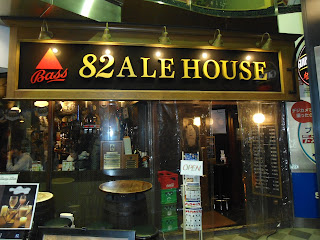 I don't know what the style of restaurant was called we went to but the tray of different sauces and salt was placed in front of us and as the chef brought eh food out on skewers he had the skewer facing the sauce we should eat it with. 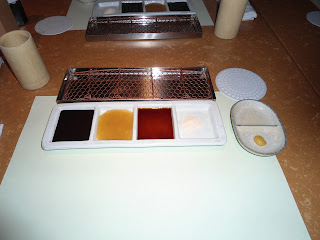 Here is an explanation of the sauces, I should have rotated the picture, and I might later, but am trying to get this out before I leave this morning for more meetings with customers. 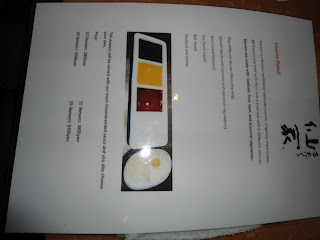 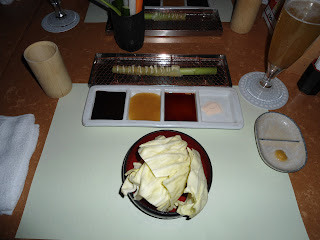 Shrimp on the right 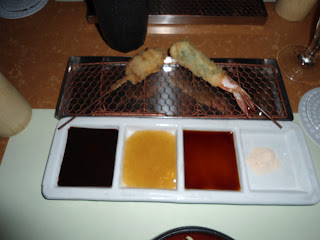 Scallop on the right (i have another story about scallops for another time.  Suffice it to say the white part we westerners eat is the best part BY FAR!) 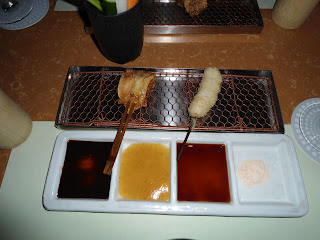 Some sort of flower bloom... 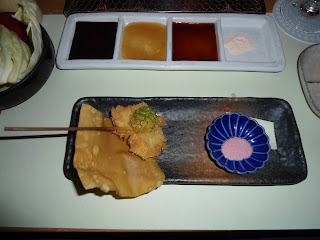 Abalone, Minori did not want hers so I had 2! 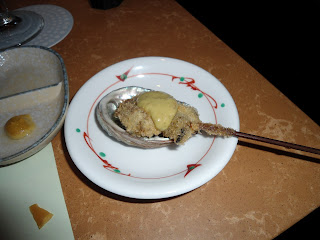 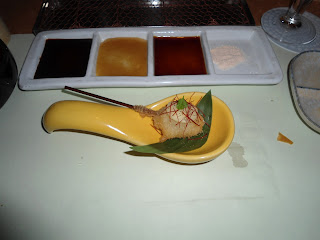 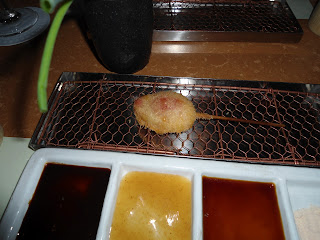 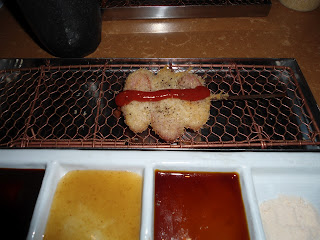 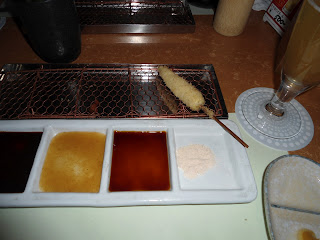 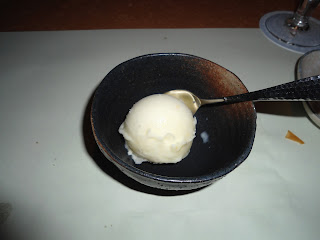 All the gang.  We got shushed by the chef, apparently we were being too loud!  Oops! 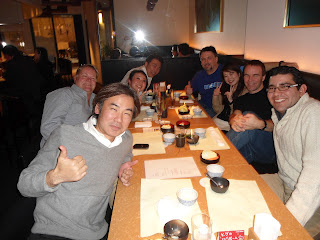